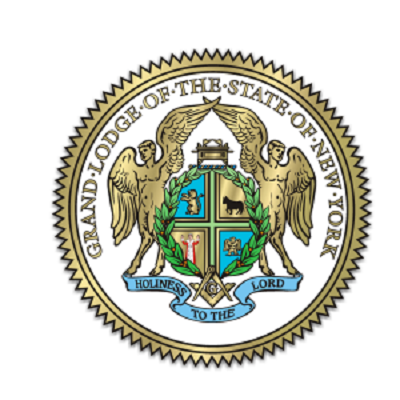 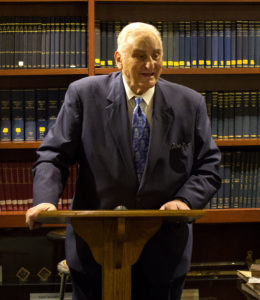 On November 30, 2017, the Chancellor Robert R Livingston Masonic Library was honored to have Most Worshipful Daniel Semel as our Speaker for the Month. His lecture, The First Jewish Grand Master, was extremely well received by our robust audience.

Tracing back into our Grand Lodge’s history, M∴W∴ Brother Semel highlighted several prominent New York Jews who were members of the Fraternity. He noted that M∴W∴ Harry Ostrov (1962-1963) was thought to be the earliest Jewish Grand Master in New York State – M∴W∴ Brother Ostrov is characterized as such in his 1995 obituary in our Grand Lodge Proceedings. Brother Semel challenged this idea, by focusing on M∴W∴ Isaac Phillips (1849-1852) and M∴W∴ Mordecai Myers (1853-1856). Both were New York Grand Lodge Grand Masters who were Jewish, but have been overlooked and, until recently, omitted from our list of Past Grand Masters. M∴W∴ Brother Semel delved into the colorful history of both men, and their public service in addition to their Masonic contributions.

M∴W∴ Semel’s hope is that members of the Fraternity will take this information, and research further into men like M∴W∴ Isaac Phillips and M∴W∴ Mordecai Myers.

Our Lecture Series typically run on the last Thursday of every month! Don’t forget to RSVP to our next lecture on December 14, with RW Pierre de Ravel d’Esclapon reprising his lecture, “Solomon’s Temple: Separating Fact from Fiction.”