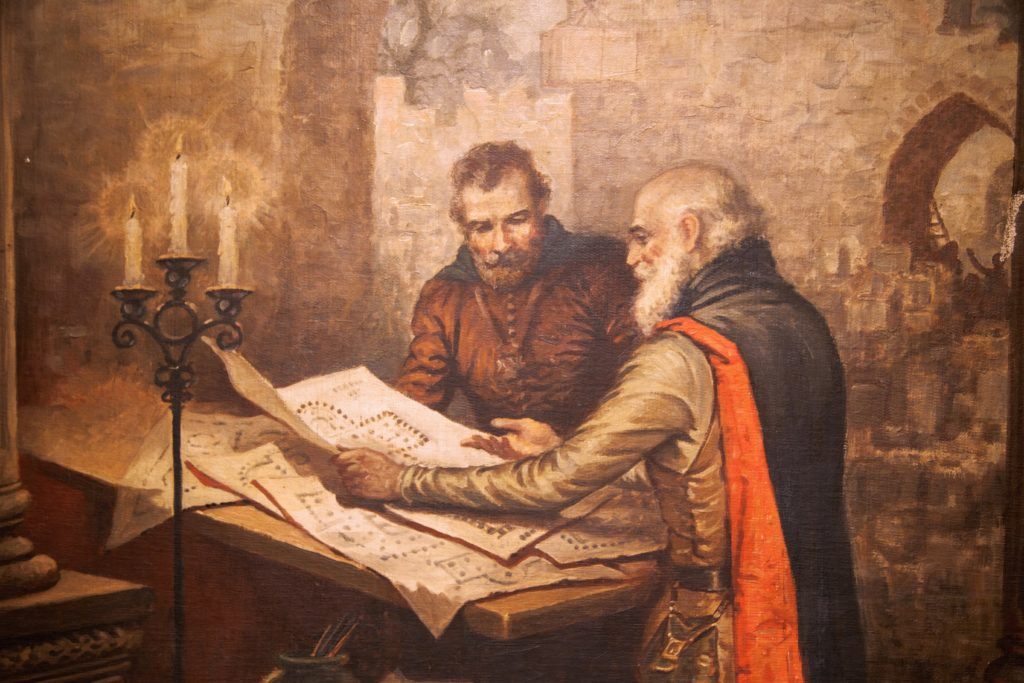 The Livingston Masonic Library offers seventeen structured Reading Courses designed to provide education and enlightenment in areas of Masonic study and interest. This educational program is designed to provide guidance to newly-made Masons, expand the horizons of long-time Brothers, stimulate their interests and widen the perspectives of the Brethren in general.

Enrollment in a Reading Course is open to Entered Apprentices, Fellowcrafts, and Master Masons who are members in good standing of a lodge under the jurisdiction of the Grand Lodge of State of New York. Brothers may participate in the Courses by visiting the Library’s Manhattan branch, borrowing books, through the mail, or through our digital library on Odilo.

Books are lent for 4 (four) weeks and may be renewed for an additional three weeks by email, telephone, or in person. The Reading Courses are offered free of charge; participating Brothers are responsible only for the nominal fee of return postage (by Library rate) if they participate in the courses through the mail.

Members wishing to receive borrowing privileges  must complete the following

and return the form by email to Avastola@nymasoniclibrary.org or by mail to,

The Reading Courses include volumes and topics which reflect contemporary theories and ideas in the course subject areas. Modern scholarship is combined with the respected traditional works of Masonic authors and other scholars of the Craft so that Reading Course participants experience a full appreciation of the literature available. In true Masonic tradition, the Reading Courses offer the Brethren exposure to information, with the hope and understanding that they will use the information to develop their own thoughts, ideas, and practices in their area of study. The Library is always interested in receiving feedback on existing courses or hearing suggestions for new titles or courses.

Learn more about the Reading Course

2. Through a Porch, the course comprises classic works of Masonic writers:

3. Between Two Pillars, a more in-depth look at Masonic origins and history:

4. Up Three Steps, a course crafted around Freemasonry in the State of New York:

5. Up Five Steps, a course featuring an in-depth study of Masonic symbolism:

Sources of Masonic Symbolism by Alex Horne (M11 H78a)
The Lodge and the Craft by Rollin Blackmer (M11 B56 1976)
Revelations of a Square by George Oliver (M11 Ol4r2)
Freemasonry: Its Hidden Meaning by George Harold Steinmetz (M11 St3)
The Meaning of Masonry by Walter Wilmshurst (M11 W68a)

7. Through an Outer Door, Biographies of Prominent Freemasons:

T.R.: The Story of Theodore Roosevelt and His Influence on Our Times by Noel Fairchild Busch (921 R67tr)
Joseph Warren Physician, Politician, Patriot by John Henry Cary (921 W25c)
Brother Truman by Allen E. Roberts (921 T77r)
Stephen A. Douglas, Freemason by Wayne C. Temple (921 D73)
Random biography of a prominent Freemason, chosen by the Reader or the Director

8. Through an Inner Door, the Esoteric Course:

Arcana of Freemasonry by Albert Churchward (M11 C47a)
The Golden Builders by Tobias Churton (135.4 C47)
The Lost Keys of Freemason by Manly P. Hall (M11 H14)
The Rosicrucians: The History, Mythology, and Rituals of an Esoteric Order by Christopher McIntosh (M10.12 M18r)
Book of the Words by Albert Pike (M11 P63b)

9. Into the Middle Chamber, the Comparative Religions Course:

10. From Labor to Refreshment, the Warden’s Course:

Freemasonry and its Etiquette by William Campbell-Everden (M20 C15k)
The Master’s Book by Carl H. Claudy (M14 C57)
How to Become a Masonic Lodge Officer by H.L. Haywood (M14 H33a)
Designs Upon the Trestleboard by Arthur R. Herrmann (M14 H43)
Our Stations and Places by Henry G. Meacham (M20 M46t)

12. The Tabernacle Near the Ruins, the Royal Arch Course:

13. The Secret Vault Under the Tabernacle, the Cryptic Mason Course:

14. The Commandery, the Knights Templar course:

15. The Valley, the Scottish Rite Course:

17. Worthy and Well-Qualified, the Deputy’s Course: