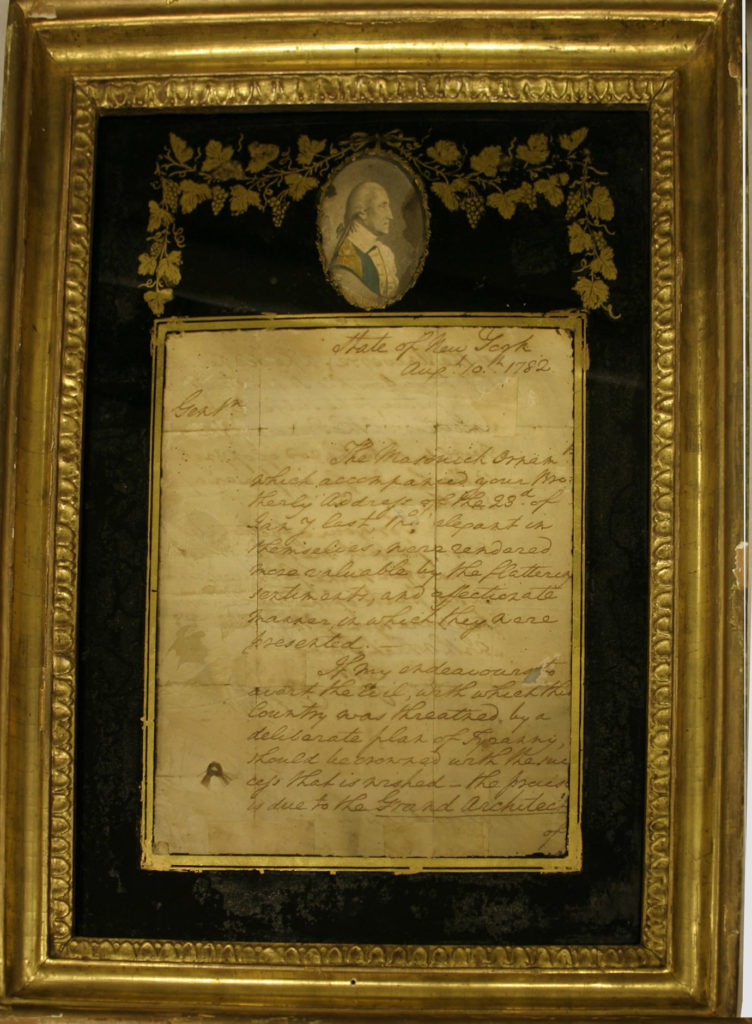 This past week, the Chancellor Robert R Livingston Masonic Library of the Grand Lodge of New York was pleased and proud to mount a temporary exhibit in honor of three separate visitor groups. On Wednesday, May 23, the visitor group was composed of over 30 New York City Librarians from the New York City Department of Education.

All three groups were treated to a special, temporary exhibit which included three main topics on which the A.P. Students had been focused this past year:

The table with the Founding Fathers material from the collection held the following amazing artifacts: 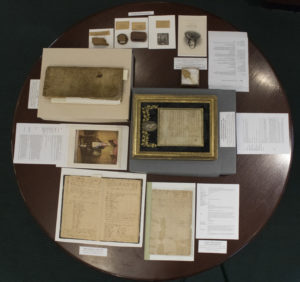 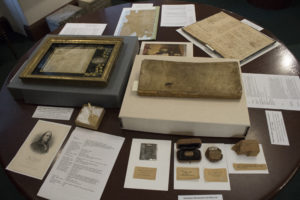 The Table with the Theodore Roosevelt material held: 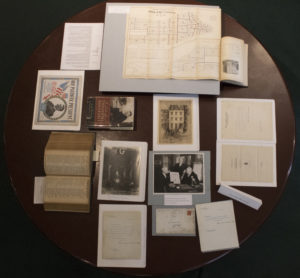 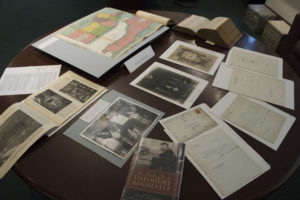 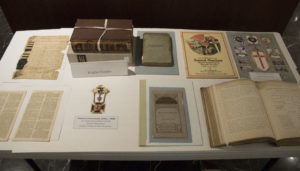 Also on exhibit was the Certificate signed by Paul Revere, 1782: 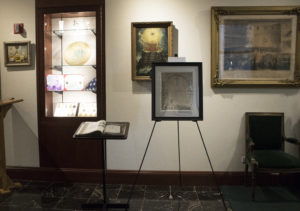 Additionally, on display was an 1801 letter written by MW Robert R Livingston, Grand  Master 1784-1800, after whom the Library is named, as well as an original engraving of him:

The Library is thrilled to share the collections with the membership, and with the general public, in furtherance of our Mission.

Please don’t hesitate to contact us if your Lodge, District, Association, class or group (Masonic or non-Masonic) would like to have a similar temporary exhibit mounted for a special visit or event. Please give us at least one month advance notice to design the exhibit.