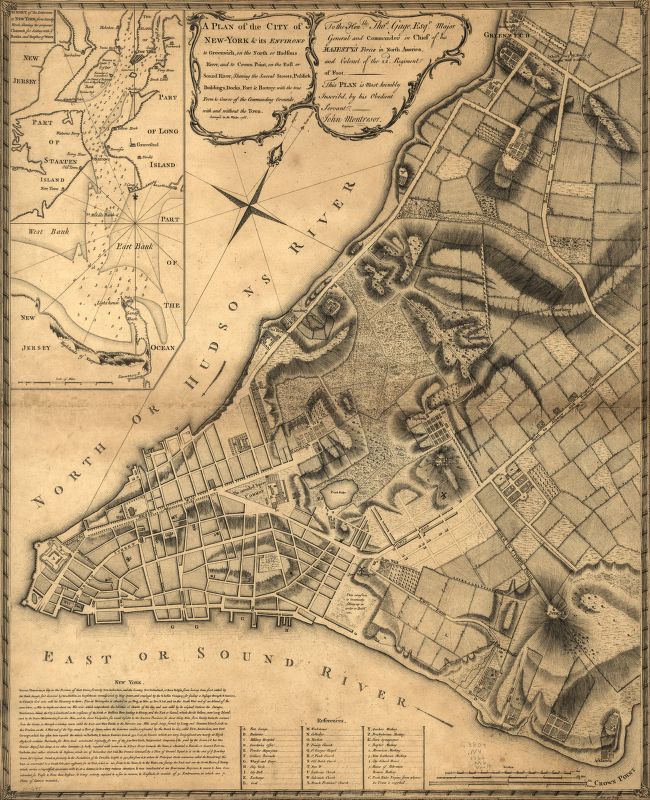 Back in colonial days, in addition to serving food and wine, taverns also played a major role as the community spot where people came for meetings, social gatherings or making business deals. The early Proceedings of the Grand Lodge of New York suggest that colonial New York Masons were also important regular patrons of taverns. One of the earliest records of Masonic activity during colonial New York was a public announcement found in The New York Gazette in 1737, signed by Charles Wood, Secretary.

Brethren of the Ancient and Honourable Society of Free and Accepted Masons are desired to take notice that the Lodge for the future will be held at the Montgomerie-Arms Tavern the first and third Wednesday of every month.
By the order of Grand Master
Charles Wood, Secretary

The only information that I found about the Montgomerie-Arms Tavern was its location, mentioned in the Brotherhood newsletter, wherein it stated that it was “near what is now the northeast corner of Park Row and Pearl Street.” Currently, this corner is now the site of the U.S. District Court – Southern District of New York building. The area is not accessible by (unauthorized) vehicles. 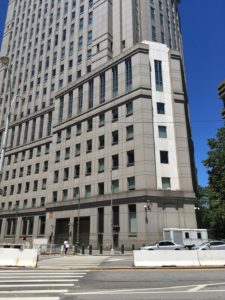 According to the Proceedings, the following announcements in later years also mentioned a few other meeting places such as King’s Arms Tavern in 1753 and Province Arms in 1754.

In Old Taverns of New York, author Bayles W. Harrison explains that King’s Arms Tavern was previously known as Exchange Coffee House or New Coffee House before George Burn took over and dropped its old name in 1751, but the location was vaguely mentioned as “at the foot of Broad Street”. The King’s Arms name was found in the project report of Fraunces Tavern Block of Historic District, pinpointing the exact address of the building as 105 Broad Street, which is the northeast corner between Broad and Water Streets. It is now a deli store on the first floor, sharing the same historic block with the famous Fraunces Tavern. 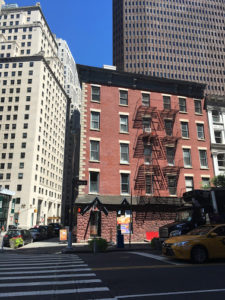 According to Harrison, Province Arms was one of the biggest and finest taverns in the city, and was also known as the House of Edward Willet, a famous landlord of colonial New York. It was “at the west side of Broadway, between present Thames and Cedar Streets.” This tavern later became the historic Cape’s Tavern of the Evacuation Day. This tavern was named after the keeper, John Cape, who happened to be a Freemason. It later changed its name to City Arms Tavern. Both names appeared in the Annual Proceedings of the Grand Lodge of New York in later years as well, but these different names essentially shared the same location throughout years. 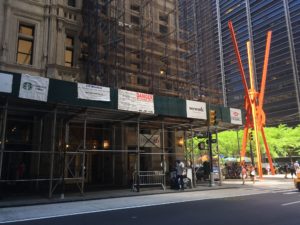 How different the city is today, 281 years after that announcement in 1737 by Brother Secretary Charles Wood! And yet, how constant the Fraternity. 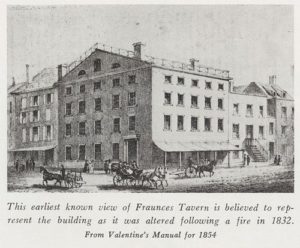 – Wilson, J. G. (1893). The Memorial History of the City of New York: From Its First Settlement to the Year 1892 (Vol. 2). Retrieved from https://play.google.com/store/books/details?id=ZCIWAAAAYAAJ&rdid=book-ZCIWAAAAYAAJ&rdot=1