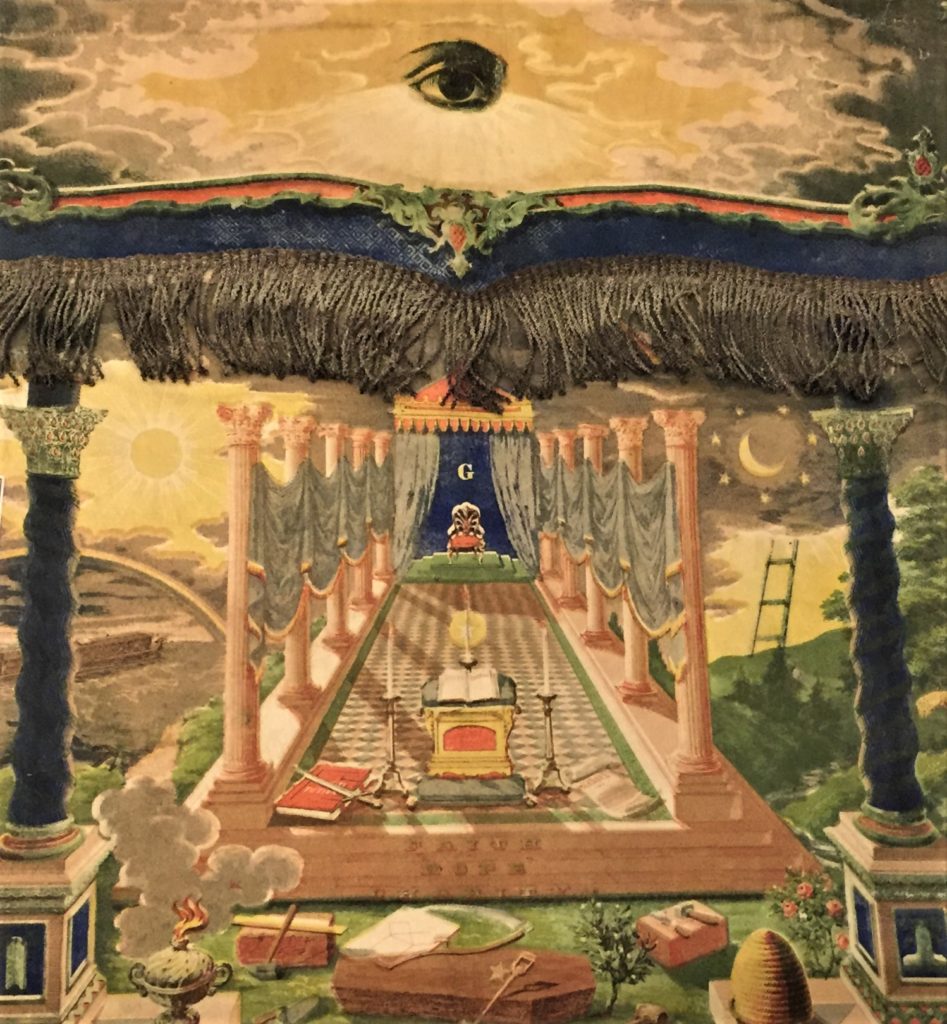 Designing a new exhibit is always somewhat of an adventure, as there must be a concordance between the artifacts which are available and safe to display, the story or theme which is being told, the shape and size of the exhibit cases, the hardware needed to display the artifacts and the amount of signage needed to explain to the viewer what they are seeing and why it is important enough to be on display.

Last year, the Livingston Masonic Library was the grateful recipient of a number of display cases from the Grand Lodge of New Jersey, with the coordination of Brother Glenn Visscher at the Grand Lodge of New Jersey and the Livingston Masonic Library’s Board of Trustees, most especially, RW C. F. William Maurer. Five of the cases were installed in the Library on the 14th floor, with two others held in reserve for future exhibits.

Four of the cases were refitted to be used in the ground floor Wendell K. Walker Lounge, and a brand new Masonic Apron Exhibit was unveiled during the Grand Lodge Annual Communication on May 1st and 2nd. 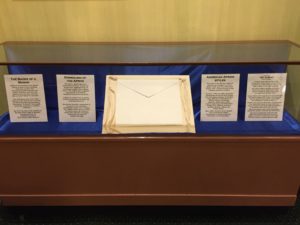 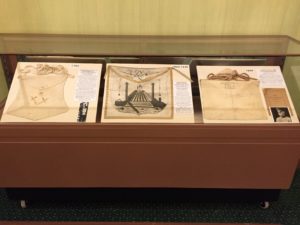 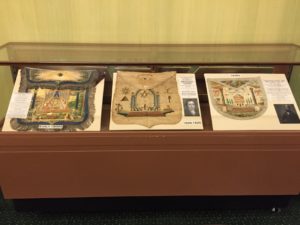 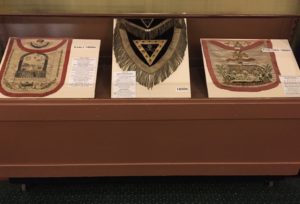 Aprons were chosen out of the vast Apron Collection of the Grand Lodge of New York based on either their historical interest, their symbolic value, their sheer beauty, or their representative nature.

In Display Case 1, there is just one, plain leather apron, the symbolism of which is well-known to every Freemason. Considered to be the “single most important piece of ceremonial regalia,” one of its symbolic meanings, as given to the initiate, is one of innocence and purity.

In Display Case 2, there is a simple leather apron from 1793, with a single symbol, the square and compasses. The addition of symbols to the Masonic apron began with this simple type of adornment.  Also in this case is the stunning Howard Lodge No. 35 apron, worn between 1825-1836. Included in this case of leather aprons is the Masonic Apron of Brother John Joseph Pershing, General of the Armies 1919 and Commander-in-Chief of the US Forces 1921-1924. 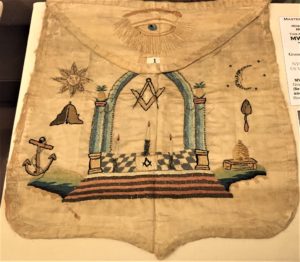 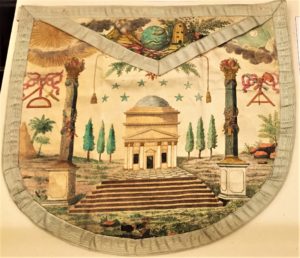 In Case 4 are seen a sample of Aprons from some of the many Concordant Bodies, with a Royal Arch apron, a Knights Templar Apron, and a Scottish Rite Apron on display.

This Royal Arch Apron is filled with both Blue Lodge and Royal Arch symbols. 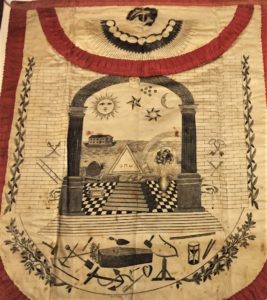 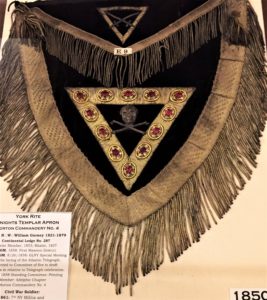 This Apron Exhibit will have new, fascinating, beautiful and historic aprons switched in on a regular basis, so please don’t hesitate to come to Grand Lodge to view them in person.