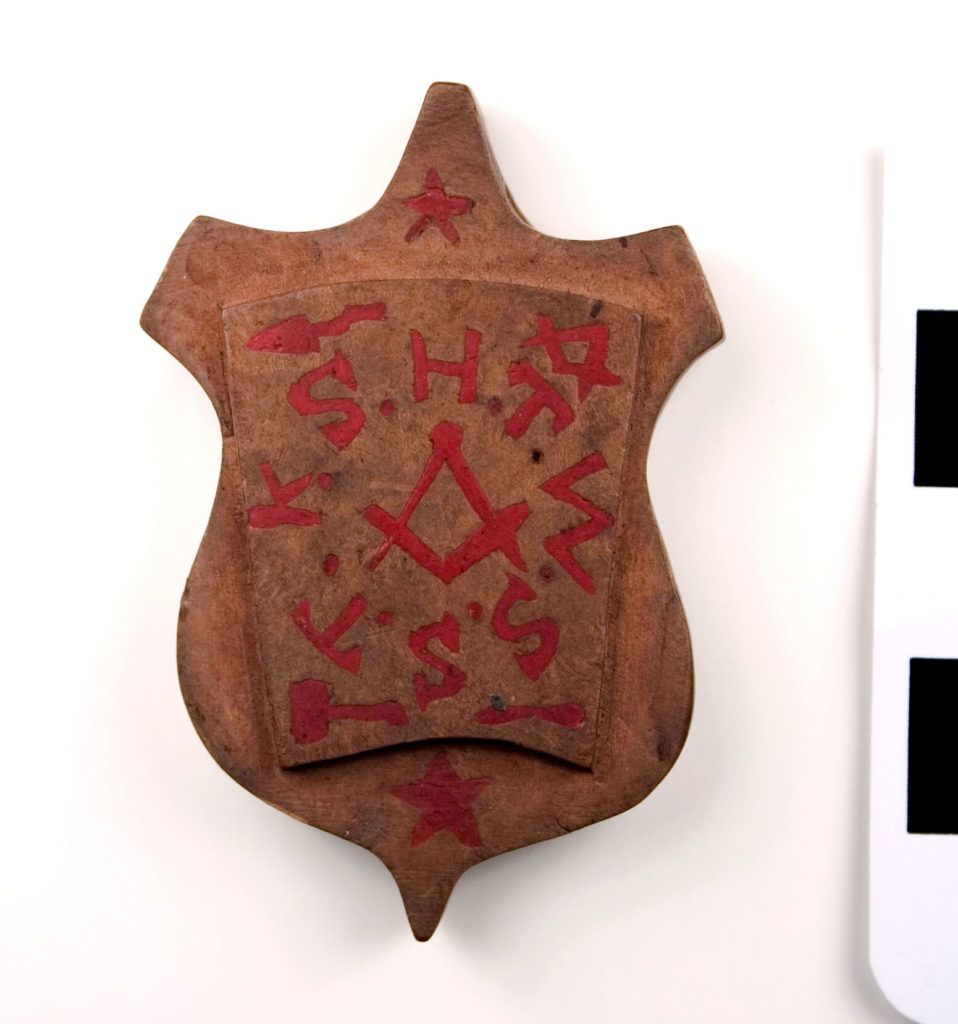 The Royal Arch Pendant of a Civil War Hero:

The first weekend of September, Museum Village in Monroe, NY, held its 41st Annual Civil War re-enactment, and it was a fantastic event. On Friday, September 2, 2016, Cornerstone Lodge No. 711 and the Cornerstone Masonic Historical Society welcomed me to speak about one of the many Civil War-related artifacts held by The Chancellor Robert R Livingston Masonic Library of the Grand Lodge of New York.

If you can, go visit Museum Village! It’s a great excursion for the whole family! 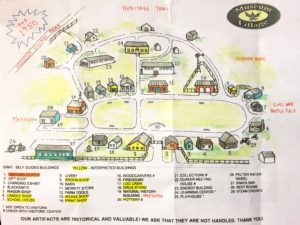 The lecture was held in the Visitor’s Center, one of Museum Village’s historic buildings, while  across the Village’s center lawns were pitched white, Civil War-style tents, with several small campfires interspersed amongst them. The sunset cast a spectacular shade of rose across the sky, seen through lush tree branches. Men and women participating in the re-enactment walked around in period clothing, with some sitting near their tents, explaining their contents to anyone curious. One woman had a tent outfitted with a nurse’s equipment, while soldiers’ tents included a raised cot, a muzzleloader gun hanging along the top bar and bags holding necessities. 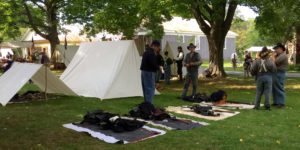 With the door to the Visitor’s Center open, the talk was held to the sounds of soft murmured conversation between soldiers gathered around campfires while eating strips of meat, the rattle of military gear, the steady hammering of a wood-splitter and the random call of chickens wandering about, all providing a backdrop of palpable historical authenticity. 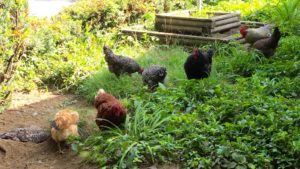 It was great to see that a local newspaper, The Times Herald-Record, picked up on the press release sent to them, and they included an announcement of the lecture in their “Today’s Best Bests” section. 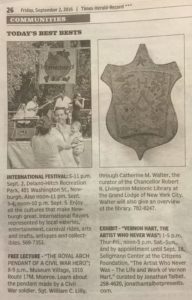 I began the lecture by describing the early foundations and current vast resources of the Chancellor Robert R Livingston Masonic Library of the Grand Lodge of New York.

The Library, found at the Masonic Hall on 23rd Street and 6th Avenue in Manhattan, holds an unparalleled, interconnected treasure trove of data. Its holdings shed light not only on the Masonic and non-Masonic history of New York State, but of the United States and the World as well. Many Freemasons moved to New York City from points around the globe, and they became members of the Grand Lodge of New York upon arrival. They and their families are the main donors of the book, archive and artifact collections held in the Library.

The Library is open to the general public, and holds over 60,000 titles in its book collection. These books can be searched in the online catalog.

In addition to the books and archives of the Library, there are over 50,000 items in the Museum Division of the Library. Over 600 records with beautiful photographs and extensive data about the history of the Grand Lodge of New York and its members can be seen in the online museum, which is currently being graciously hosted by the George Washington Masonic National Memorial in Alexandria, Virginia. A new digital portal designed to integrate searches across the Library and Museum collections is in the works.

After explaining the Library’s resources, I described the history of the featured artifact, the Royal Arch Pendant carved by a Civil War Hero, Color Sergeant William C. Lilly. His actions of saving the regiment’s flag and repairing it while under fire at Gettysburg resulted in a painting by Edwin Forbes, a plaque on a monument at Gettysburg, and inclusion in the three-dimensional Soldiers and Sailors Monument by Cyrus Dallin in Clinton Square, Syracuse. 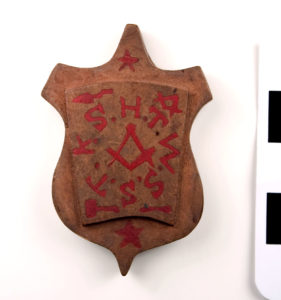 The entire lecture, as well as our new Monthly Lecture Series events, can be viewed on the Library’s YouTube Channel. 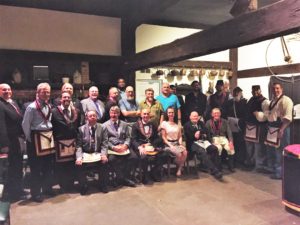 A special attendee of the lecture  was RW Herbert W. Buckley, who traveled a great distance to attend the lecture because his great-great-grandfather, George Wheeler Sheppard, was in the 149th NY Volunteers with Brother Lilly.  Pvt. George Wheeler Sheppard was one of the six members of the Regiment who was killed at the Battle of Gettysburg. I will be doing research to find out if Pvt. Wheeler was also a Freemason.

Right Worshipful Buckley’s father, Brother Herbert P. Buckley was a Mason, raised in Hancock Lodge No. 552. Both RW Buckley and his father were also members in the York Rite, going through the degrees of Royal Arch, Royal and Select Masters and Knights Templar. RW Buckley then had the extreme pleasure of raising his son, Brother Timothy M. Buckley, in to Hancock Lodge No. 552. To hear (during the question and answer period) about RW Buckley’s connection to Brother Lilly was a wonderful illustration of how the Masonic Brotherhood transcends time.

I’d like to thank the members of Cornerstone Lodge No. 711, especially Worshipful Kenneth T. Skyer, Master, Worshipful Jonathan A. Williams, Secretary and Past Master, and Right Worshipful Bruce M. Wiegand for filming the lecture for our YouTube channel.

Please don’t hesitate to contact the Library if you would like a copy of the text of the Lecture, or if you or your Lodge would like a similar Lecture presented by the Library. In the meantime, don’t miss out on the Library’s new Monthly Lecture Series, held at 6:30 on the last Thursday of each month.