To celebrate the 151st Anniversary of laying the cornerstone of the original New York Masonic Temple at the 23rd Street, our artifacts of the 1875 Masonic Hall are now on display.

In 1842, the brethren proposed the project of the new Masonic Hall in place of the former Masonic Hall (also known as Gothic Hall) at Broadway between Pearl and Duane Street. After several fundraising events, it was pushed back by the Grand Lodge schism, the Civil War and by insufficient funding. In 1869, the trustees of the Hall and Asylum Fund finally purchased the land at the corner of 23rd street and 6th avenue for the cost of $340,000.

The cornerstone was laid on June 8th, 1870 by the Grand Master MW James Gibson. More than 50 items, consisting of coins, newspapers, badges and other souvenirs contributed by several lodges and officers were deposited inside the cornerstone by the Grand Treasurer during the ceremony. Designed by Napoleon LeBrun, the famous architect at the time, the building was completed and dedicated in June 1875.

Later in 1911, the Grand Lodge of New York made a decision to replace the building with the current Masonic Temple, or the Grand Lodge of New York building that we know today. The original building was torn down, and thus the cornerstone artifacts were recovered only 36 years after they were sealed. They are now on exhibit in a display at the Robert R Livingston Library and they are available to view in our online museum. 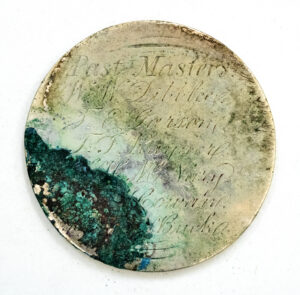 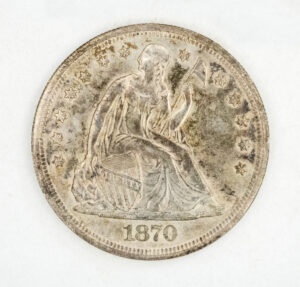