We are pleased to introduce the artifacts of the Masonic Home in Utica that are on the online museum.  The collection is currently on display at the Library’s branch site at the Utica Masonic Temple, and now they are also accessible to the public online.  One of the highlights of the Utica location displays is the collection of trowels from the cornerstone ceremonies of the remarkable buildings within the Masonic Care Community campus.

50 years after the Masonic Home and Asylum Fund was formed, the history of Masonic Home at Utica began when MW John W. Vrooman laid the cornerstone of the first Masonic Home building in 1891.  From then, throughout the years, the campus kept expanding and more buildings and facilities were built to accommodate the residents.

Below is the collection of the historic trowels that were used to lay the cornerstones of the buildings at the Masonic Home.

The trowel of the Old Administration Building, also known as the Masonic Home, was presented to MW John W. Vrooman by the Trustees of the Masonic Hall and Asylum Fund to lay the cornerstone on May 9th 1891.  It is beautifully engraved with a picture of the building, along with the names of the Trustees.

The Masonic Home Building was the very first building erected in Utica to be a care facility for aged Masons and deceased Masons’ widows and orphans. 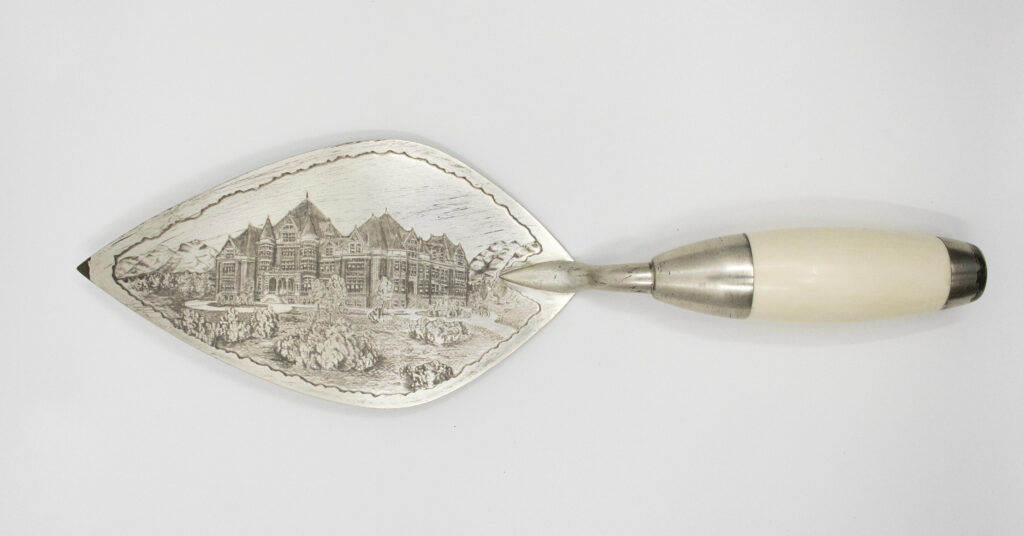 The trowel of the cornerstone of the Memorial Building for Children was presented to MW John Stewart by the Trustees of Masonic Home and Asylum Fund on June 29th, 1896.  The trowel is not only engraved with a picture of the building, but is also decorated with an ornate handle.

The building was built to serve as the care and education facility for the children of the Masonic Home. Named after Daniel D. Tompkins, U.S. Vice President and Governor of New York, the Chapel was built to provide religious services to the residents of the Masonic Home after the Chapel room in the Administration Building had become too small.  The cornerstone was laid on April 10th, 1910 by MW Samuel N. Sawyer.

Also known as just the Knights Templar building, it was a gift from the Grand Commandery of New York to the Masonic Hall and Asylum Fund.  It was built to be the girl’s dormitory to accommodate the increasing number of residents.  The cornerstone was laid by MW John B. Mullan on May 8th, 1915.

The trowel of Soldiers’ and Sailors’ Memorial Hospital was used by WM William S. Farmer to lay the cornerstone of the hospital on September 20, 1919.

The hospital was proposed to provide free healthcare to soldiers and Masonic members in need.  The architect was Harry P. Knowles, the same architect who worked on the Grand Lodge of New York Building.  The elaborated story of the Soldiers’ and Sailors’ Memorial Hospital and its cornerstone can be read here. 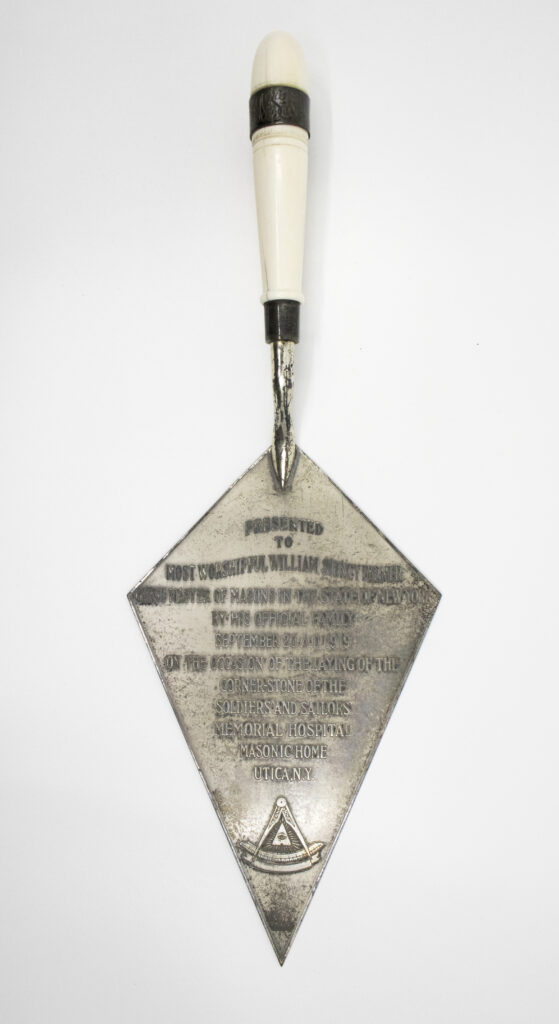 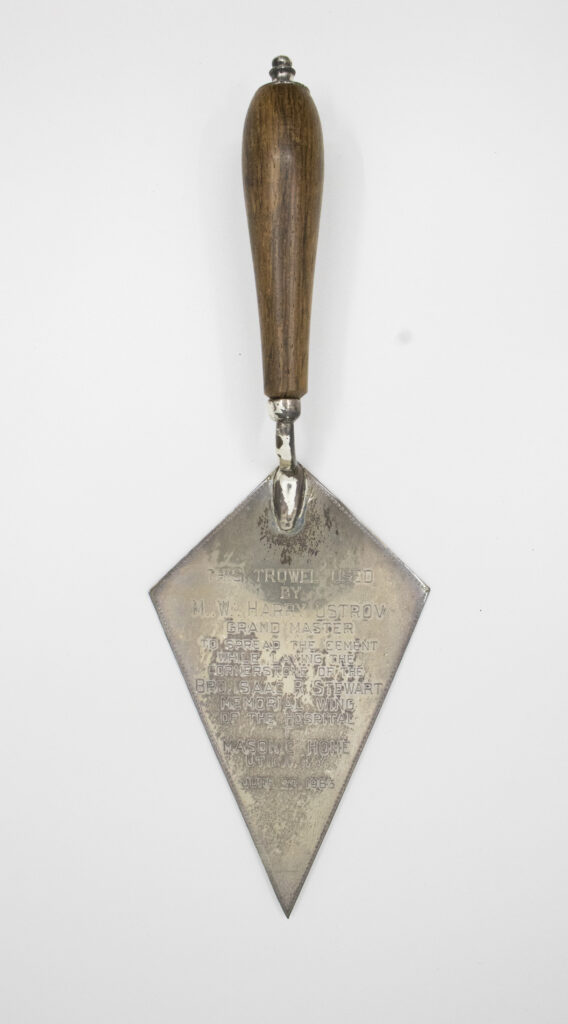 75 Years after the first Masonic Home building in Utica campus was dedicated, it was replaced with the New Administration building to meet the functionality needed for the now populated Utica campus.  The cornerstone was laid by MW Clarence J. Henry on June 19th, 1965. 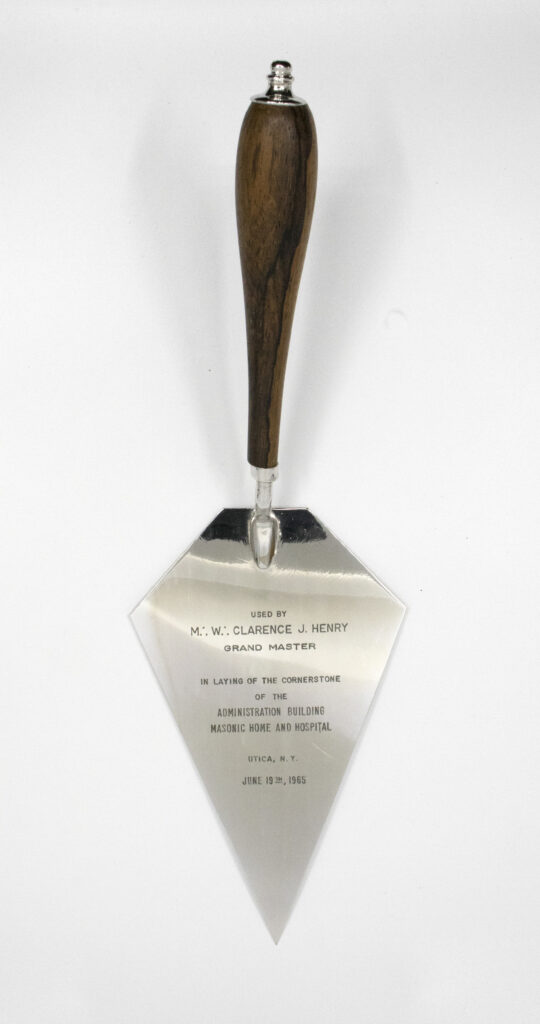