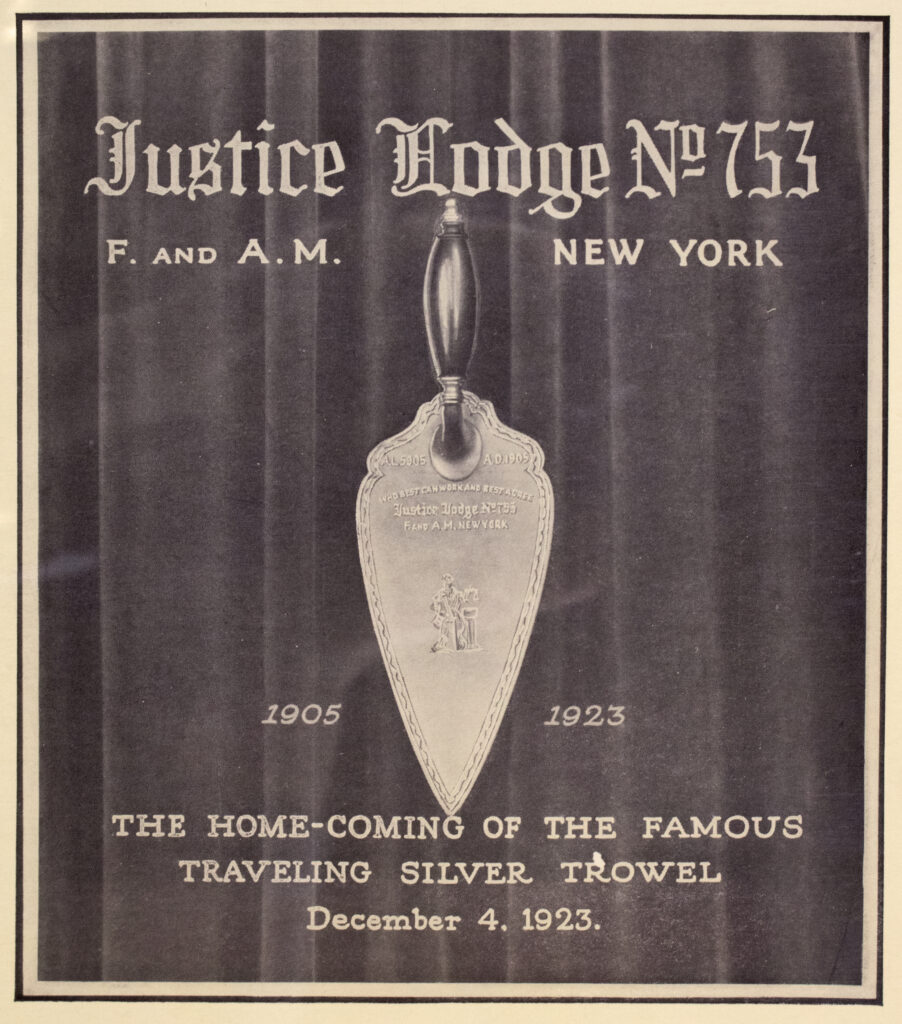 The story of the historic Traveling Silver Trowel of Justice Lodge no. 753 began with RW C. Fred Crosby, the Senior Master of Ceremony of Justice Lodge no. 753, New York. In 1905, He suggested the idea of sending the trowel on a journey from lodge to lodge across the North America, carrying the message of brotherly love and bringing the brethren closer. His proposal was enthusiastically received by the lodge members. Thus, the “Silver Trowel Committee” was formed with seven members, W Charles Glenn (Master), W Alfred Stevane, W J. Edgar Titzell, W E. Percy Howard, Bro. Richard Berger, Bro. Joseph W. Phair (Secretary), and RW C. Fred Crosby as the Chairman. The Silver Trowel Committee proposed their project to the Grand Master, MW Frank H. Robinson and he fully supported their idea.

The Traveling Silver Trowel was engraved with a female figure representing Justice, the symbol of Justice Lodge. Throughout its journey, the “Trowel Album”, a book accompanying the Silver Trowel,  would record the details, the events, and the signatures of the members involved. The Album also presented the portraits of the Silver Trowel Committee, and the resolution by the Grand Master, read as follow:

“Whereas, the Trowel teaches all Master Masons that it should ever be their beneficent duty to spread the cement of brotherly love and affection among the craft, whenever and wherever opportunity offers:

Therefore, Justice Lodge, no. 753 of the Eighth Masonic District of the Grand Jurisdiction of the State of New York, worthily desiring to multiply such opportunities, send forth this Silver Trowel to journey among the brethren, throughout the length and breadth of the United States, bearing wherever it may go, a message of friendship, and trusting that it may prove a worthy instrument in uniting more closely the brethren of the divers Lodges, who might otherwise never have labored together in wielding this, the chiefest of the working tool of the Master Mason, in joining more firmly the living stones in our great fraternal structure of Free and Accepted Masonry.

This we do with the full sanction and approbation of Most Worshipful Frank H. Robinson, Grand Master of the Grand Lodge of New York.”

The dedication and consecration ceremony took place at the current Masonic Temple on 23rd street, New York, on October 30th, 1905. This marked the beginning of the historic journey of the famous Silver Trowel across several states of the United States, including some lodges in Canada and Mexico. Throughout its journey, an elaborated record was made in the Trowel Album with the numerous signatures of the lodge officers, the delegation records of the lodges, and with many including the photographs, and beautifully illustrated lithographs.

The Traveling Silver Trowel was also brought to several ceremonies and was used on many special occasions as recorded in the Trowel Album. Several lodges had organized a Special Communication to celebrate the arrival of the Traveling Trowel and held large gatherings of masons. It was also brought to the ceremony of the laying the cornerstone of the Washington Memorial in Alexandria, Virginia. The few other events where the Trowel was presented were photographed and attached within the album. 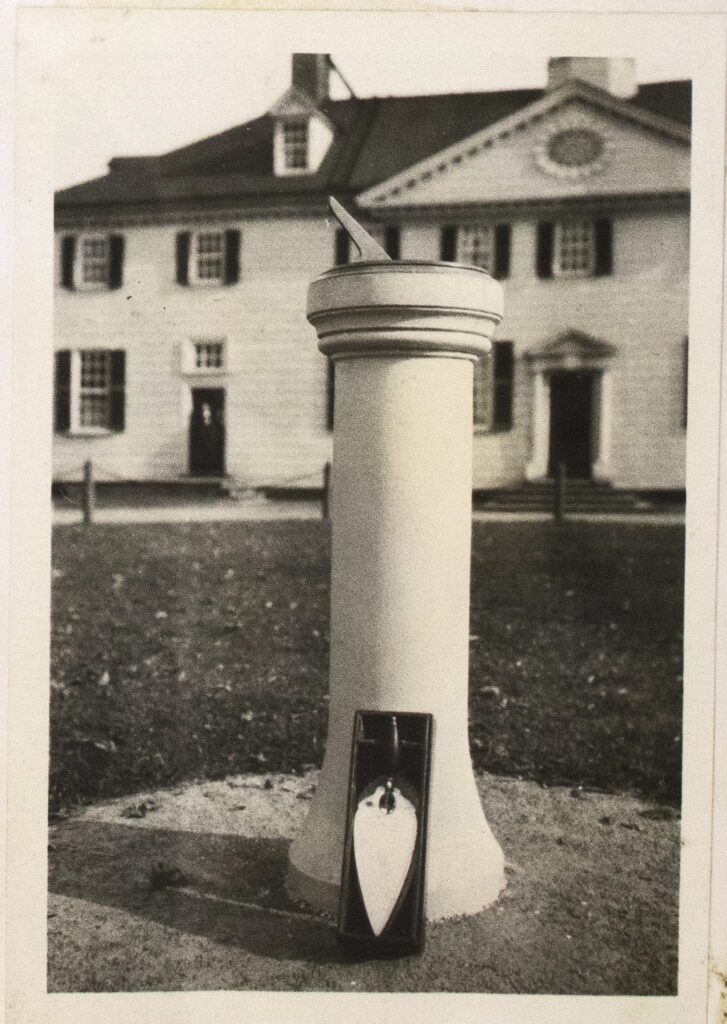 The Trowel eventually celebrated its homecoming to Justice Lodge on December 4th, 1923. The entire journey took 22 years, and almost 20,000 miles, and brought the masons together. After the homecoming, the trowel still visited a few more lodges until 1936. With the courtesy of Justice Lodge, the famous Traveling Silver Trowel has become part of the Chancellor Robert R Livingston Masonic Library and Museum collection.

Konwiser, Harry, and Herbert Walwyn. 1936, The Traveling Silver Trowel Of Justice Lodge No. 753.