Virtual Lecture: A New Perspective on The Morgan Affair 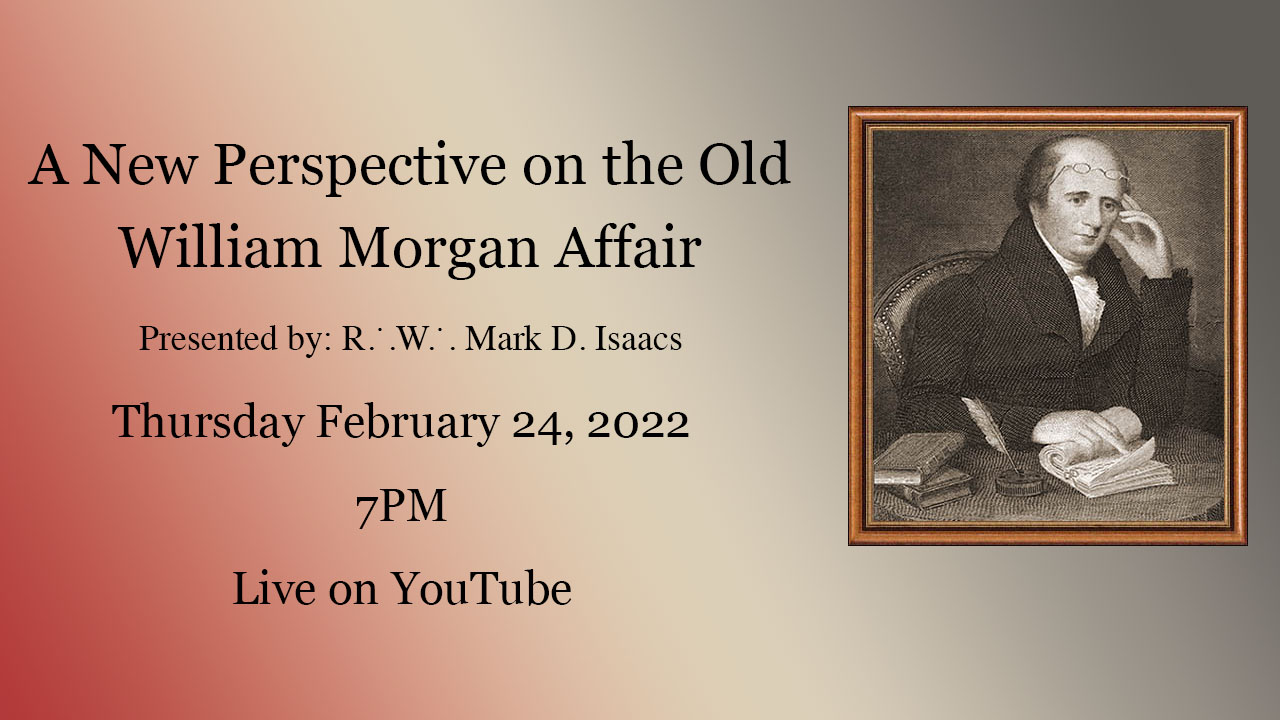 Typically, Books and lectures about the Morgan Affair dwell on the mystery of the disappearance of William Morgan (born 1774 – disappeared c. 1826). And, as a “who done it,” there are essentially two camps.

The key to The Morgan Affair, which nearly destroyed Masonry in New York and New England, is not merely a Law and Order-style “who done it.” The key is the bitter political rivalry between Jeffersonian-Jacksonian and Hamiltonian-Whig factions during the antebellum period of American history (1800-1860).

M.·.W .·.Rev. Dr. Mark D. Isaacs is an active Lutheran clergyman, scholar, retired adjunct college and seminary professor. Isaacs was made a mason in Elm-Belcher Lodge, A.F.&.A.M, Agawam, MA on January 23, 1984, and is currently a member and Master of Ulster Lodge No. 193 (Saugerties, NY). In addition to his blue lodge membership, he is also an active member of Poughkeepsie Chapter No. 172(R.A.M.) and King Solomon Council No. 31, Saugerties, N.Y.; Poughkeepsie Commandery, No. 43.; The Valley of the Hudson, A.A.S.R, N.M.J.; Tri-Po-Bed Grotto; Cyprus Shrine; Charles H. Copestake A.M.D. Council; Red Cross of Constantine [Albany Conclave]; The Royal Order of Scotland. He is a member of The Philalethes Society; and The Scottish Rite Research Society.