The Grand Lodge of New York Library and Museum has many rare Masonic medals featuring George Washington, the first President of the United States, and one of the most well-known Masons.  His strong connection with Freemasonry is well recognized, and resulted in numerous Masonic memorabilia celebrating his Masonic connection.

This article selects and showcases a sample of rare and memorable Masonic medals from various origins in the collection.

This medal is by George H. Lovett and published by Isaac F. Wood.  The bust on the obverse is believed to be based on John de Mare’s engraving “Washington at the age of 25”.  The reverse displays the timeline of his Masonic milestone, from his Entered Apprentice Degree, Fellowcraft Degree, and Master Mason Degree at Fredericksburg Lodge No. 4 in Virginia. 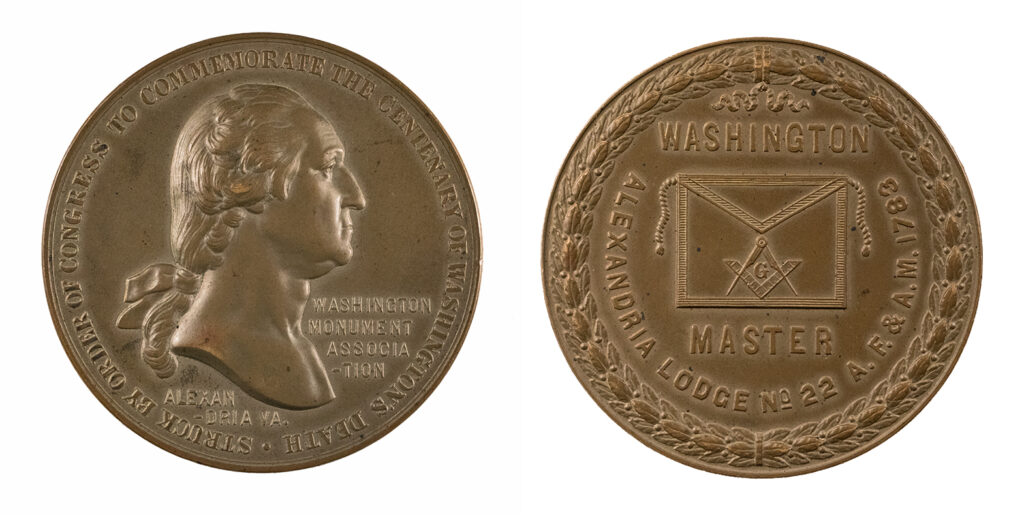 Washington as a citizen and Master of the lodge

Part of the four medal set issued by Congress to commemorate the centennial of Washington’s death.  The set of four medals celebrated his life as a citizen of Alexandria, Virginia.  One of them is a Masonic variant, displaying a Masonic apron and commemorated his duty as Master of Alexandria lodge No. 22 of Virginia.  This is possibly the only Masonic medal issued by the U.S. Congress.

This is the Magna Est Veritas or “I cannot tell a lie” medal, by Robert P. Laubenheimer.  The obverse displays a bust of Washington and the phrase: First in war, First in peace, and First in the heart of his countrymen.  The small Masonic square and compasses is at the bottom.  The reverse depicts the scene of young Washington and his father’s cherry tree, now a debunked story.  Inscribed is the phrase Magna Est Veritas et Prævalebit (Truth is great and shall prevail), which is the motto of the Order of the Red Cross of Constantine. 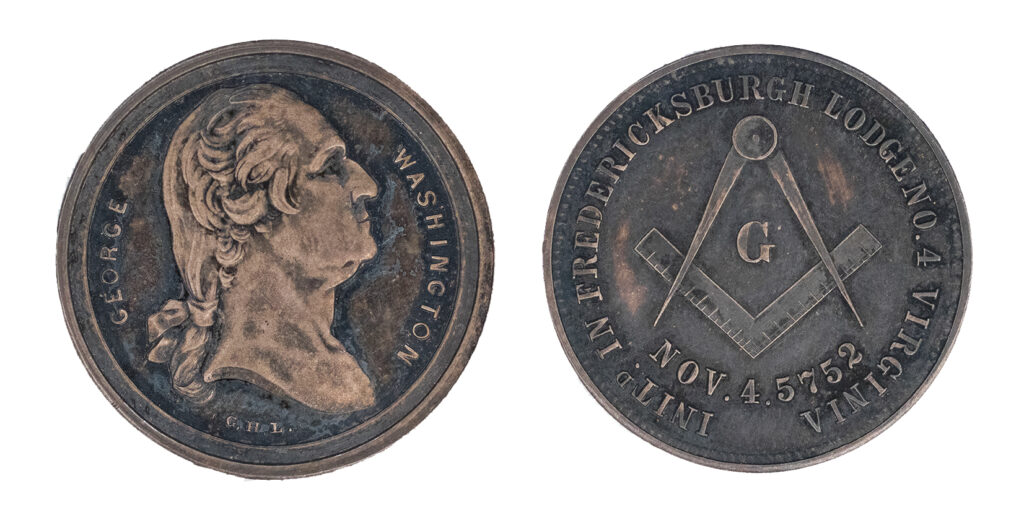 Initiation of George Washington into Fredericksburg Lodge No. 4

This medal commemorates Washington’s initiation into Freemasonry at Fredericksburg Lodge No. 4 of Virginia.  It is an extremely rare medal as only 10 were struck in silver and 25 in brass and copper before the die was broken. 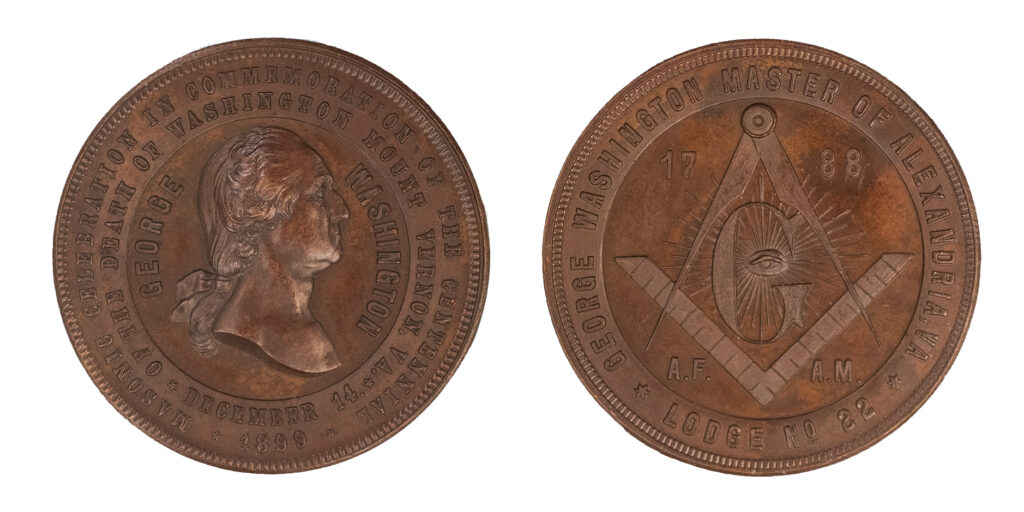 Centennial of Washington’s death medal by Alexandria Lodge No. 22

This is the centennial commemorative medal of Washington’s death issued in 1889 by Alexandria Lodge No. 22 of Virginia, the lodge where Washington served as master.

Baker, William Spohn. Medallic Portraits of Washington, with Historical and Critical Notes and a Descriptive Catalogue of the Coins, Medals, Tokens and Cards. R.M. Lindsay, 1885.