Freemasonry is one of the most commonly misunderstood institutions in Western culture. This is partially by design: it retains a long-held tradition of secrecy. Many argue that if it is not hiding anything nefarious, then why does it demand secrecy of its ‘Brothers’? Join us in this lecture, which traces the history of Freemasonry and the ancient traditions that influenced it; as well as the defining elements which make Masonry so unique. A question-and-answer discussion will follow the lecture. 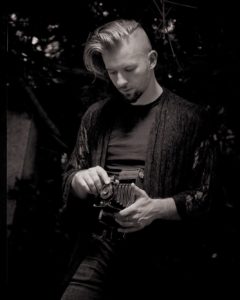 Worshipful Milosz Jeziorski is a music producer and artist based in NYC, currently serving as the Master of Compact Lodge No. 402. Throughout his music career, he has composed music for award-winning feature films and television, as well as been a guest lecturer in universities on the subject of music, media, and creativity. Catharsis is a dark pop music album that Milosz is currently releasing, collaborating with some of the best singers and rappers of NYC, under his producer alias: MJDorian. He is an ardent student of esoteric Masonry, and sees it as a tool for meaningful self growth and spiritual light.