Although misrepresented by conspiracy-mongers and fantasists, 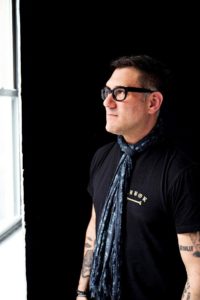 Freemasonry has had a long and deep-seated influence on American culture and civics, extending back to the nation’s formative days. Join PEN Award-winning historian and widely known voice of esoteric ideas, Mitch Horowitz, for a special exploration of how the symbols, ideals, and personas of Freemasonic tradition left an indelible mark on the way we live and how view ourselves as Americans—and Mitch’s new vision for Masonry in the twenty-first century.

In books, news media, and television, Mitch Horowitz is one today’s leading voices of alternative spirituality. The Washington Post says Mitch “treats esoteric ideas and movements with an even-handed intellectual studiousness that is too often lost in today’s raised-voice discussions.” Mitch’s books include Occult America and One Simple Idea, a history and analysis of positive thinking, which was recently censored in China. Visit him  @MitchHorowitz

Open to the Public!