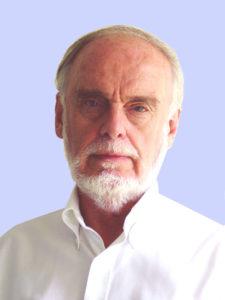 Worshipful Brown will present a brief overview of the development of Free and Accepted Freemasonry in France. He will trace “regular” Speculative Freemasonry from its introduction in the 1700s through the tribulations of the revolution, and the break with the United Grand Lodge of England in the late 1800s, to its revival with the creation of the Grande Loge National Francaise in 1913, and on to today.

Brother Brown is a member of the following bodies:

Graham Brown was initiated into Freemasonry in 1976 in Sussex, England, and subsequently passed through the offices of the Lodge to be Worshipful Master in 1986. He also entered the Royal Arch Masons in Heene Chapter No. 6350 in Sussex, and passed through the offices to be First Principle in 1988. He subsequently received Sussex Provincial Honors in both Lodge and Chapter.

With the re-recognition by the UGLE of the Grande Loge Nationale Francaise in 2014, Graham was involved in the re-awakening of Saint George’s Lodge No. 3 (English Emulation) and Saint George’s Chapter No. 3 (Domatic), Royal Arch Masons, which are English speaking, and with the re-constitution of Phoenix Lodge of Research No. 30, which also works in English.

Image of Lafayette:
Lafayette as a lieutenant general, in 1791. Portrait by Joseph-Désiré Court.