Lecture No.10: An Overview of Freemasonry in the Spanish Antilles 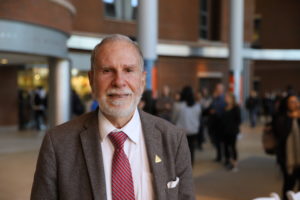 This month we are proud to welcome back Brother Jorge Romeu to present his research providing a historic overview of the history of the presence of Grand Lodges in the Spanish Antilles during the 19th century. Freemasonry appeared, first and briefly, in the Spanish Antilles (Cuba, Puerto Rico and the Dominican Republic), as a result of the Haitian slave revolt, at the beginning of the XIX Century. Haiti’s French colonizers moved to the neighboring Spanish islands, taking their Freemasonry with them. Freemasonry re-appeared, in the 1860s, after an interlude of thirty years when it was forbidden by Spain. Freemasonry was then instrumental in these islands’ struggle for political autonomy, and eventually for independence. Our presentation will overview the history of Freemasonry during the XIX Century, in these islands.

Brother Jorge L. Romeu holds dual Masonic membership in New York (Liverpool Syracuse No. 501, The American Lodge of Research, and The Western New York Lodge of Research) and Puerto Rico (Jose Celso Barbosa Logia No. 106 and Jose G. Bloise Lodge). He holds a Ph. D. and M.S. in Operations Research from Syracuse University and serves as a Mechanical and Aerospace Engineering Research Professor. Brother Romeau is the director of the Juarez Lincoln Marti Project, dedicated to enhancing faculty development and exchanges. He is a member of the Fulbright Speakers Specialist roster, which has provided the opportunity to teach at numerous international universities.