Freemasonry and Traditionalism in the East and West 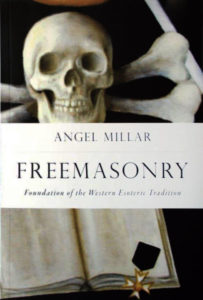 Freemasonry and Traditionalism in the East and West.
Angel Millar
Author

The Chancellor Robert R Livingston Masonic Library of the Grand Lodge of New York’s second lecture of 2016 will be given by author Angel Millar, whose work has been described by New Dawn magazine as “highly significant… of extra ordinary importance in this time.”

Millar is the author of Freemasonry: A History (Thunder Bay Press, 2005), Freemasonry: Foundation of the Western Esoteric Tradition (Salamander and Sons, 2014), and The Crescent and the Compass (Numen Books, 2015). His articles on esotericism, spirituality, history, and culture have also been published in Quest magazine, The Journal of Indo-European Studies, and Philalethes, among others.

Millar has spent more than a decade researching, writing about, and lecturing on Freemasonry and its relationship to Western esotericism and other spiritual traditions and their societies and Orders.

The main focus of this lecture will be Freemasonry’s relationship to various societies and movements in both the East and West over the last three centuries and their attempt to ‘ride the tiger’ of modernity.